The first years of the Penfield boys lacrosse program were led by Tom Mutch, a former Hobart College attackman. The Penfield girls varsity program was launched in 1995 and has enjoyed outstanding success. The girl’s team was the Section V Champions in 2007, 2012 and 2013, a repeat of their success in 1997 when the team won their first Section V title, in only their second year, and went on to become NYS West Regional Champions. In 2006, the posted a 16-3 record and made it to the Sectional Finals.

Penfield Youth Lacrosse, which has been led over the years by a number of dedicated parents, began operations in 1993 and continues to serve as a feeder program for both the boys and girls school programs, offering programs for both boys and girls in first grade and above.

Mark Rice joined Coach Mutch in the program’s third season, 1977, and the coaching staff led Penfield through its early seasons as it became established in Rochester area lacrosse. Penfield officially joined the Monroe County Lacrosse League in 1978, and in 1981 lacrosse became a Penfield school sport and began receiving funding from the district.

Capitalizing on the momentum built throughout the early years, the program grew stronger in the late eighties, posting several seasons with 10 or more wins. At the end of the 1988 season, Coach Mark Rice took over the program as head coach, and, over the ensuing 19 seasons, produced not only a number of fine lacrosse teams, but more importantly, helped mold a long line of quality young men who benefited from having played for him. Under Coach Rice, the program posted a .657 winning percentage, amassing a record of 239 wins and 125 losses. Penfield has won a number of Monroe County league titles and captured the Section V Championship in 1992, 1993, 2000, 2006,2013, and 2018 (NYS West Regional Champion); Penfield was ranked among the top 30 teams in the U.S. During Coach Rice’s tenure, Penfield had 20 All-Americans, including Brent Rothfuss; two-time College D III Player of the Year at Nazareth College, Paul Murphy, Captain of the Princeton ’94 National Champions, and Kelly McKenna (Notre Dame).

John Schembri, a 1992 Penfield Alum joined the Penfield lacrosse program as a player in 1988. In 1992 he was captain of the first Penfield Lacrosse Section V Championship team under Coach Rice that went on to compete in the state semi-finals. Schembri earned all county and all tournament team honors his senior year. Schembri went on to play his college career at Cortland State. He was the captain his junior and senior season under head coach Mike Pounds at Cortland. He stayed on as an assistant coach at Cortland in the spring of 1997. Coach Schembri came back to Penfield in 1998 and was the head modified coach. In 1999, he moved up to the varsity with Coach Rice as the defensive coordinator assisted him at the varsity level for 10 seasons and took over as the head coach in the spring of 2009 upon coach Rice’s retirement in 2008. Coach Schembri is humbled to have had the opportunity to come back to his alma mater to give back to a program that has been so influential in his own life. As the head coach, Coach Schembri hopes to continue and expand on the rich tradition and success the Coach Mutch and Coach Rice have started. 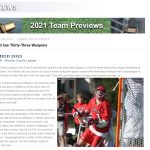 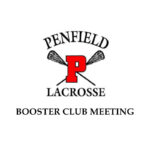 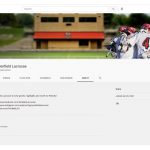 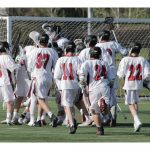 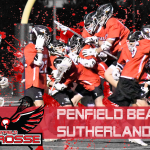